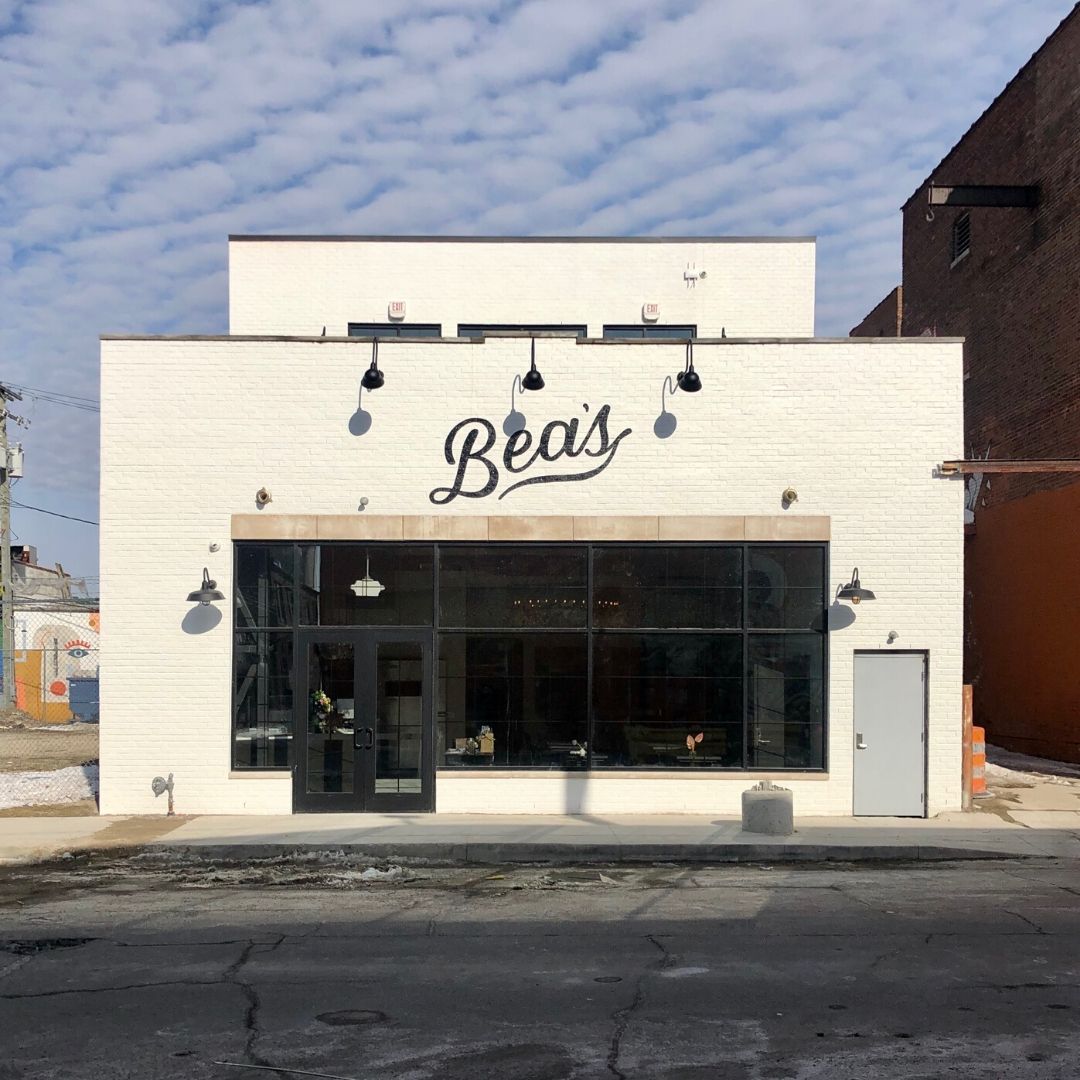 Beas co-working space has 2 floors which includes a co-creating warehouse, private offices, a cafè, a roof top patio and more.

On the ground floor is a cafe that's open to the public, there's also a co-creating warehouse where members can rent 50 square feet spaces. “Tenants can make t-shirts, do woodworking, even use it for storage if they want” says co-owner Beatrice Wolnerman. "The space is for them" There’s even a big window along the warehouse to see what the members are making. In the evening the space can also be transformed into an event venue.

On the second floor are traditional offices, conference rooms and the rooftop patio. From the rooftop you can see the Renaissance Building and Ford Field.

The idea for the co-working space is a few years in the making. Husband and wife, Eli & Beatrice Wolerman had another company they were running inside of their house. After business began to pick up it started to take over their home. It was filling up the hallways and supplies were covering their dining room table. The couple decided to go looking for co-working spaces. It was then they discovered that most co-working spaces in the area only had offices. A traditional office building space did not match their business needs. In 2018 the couple made the choice to buy an old meat packing building in the Eastern Market. 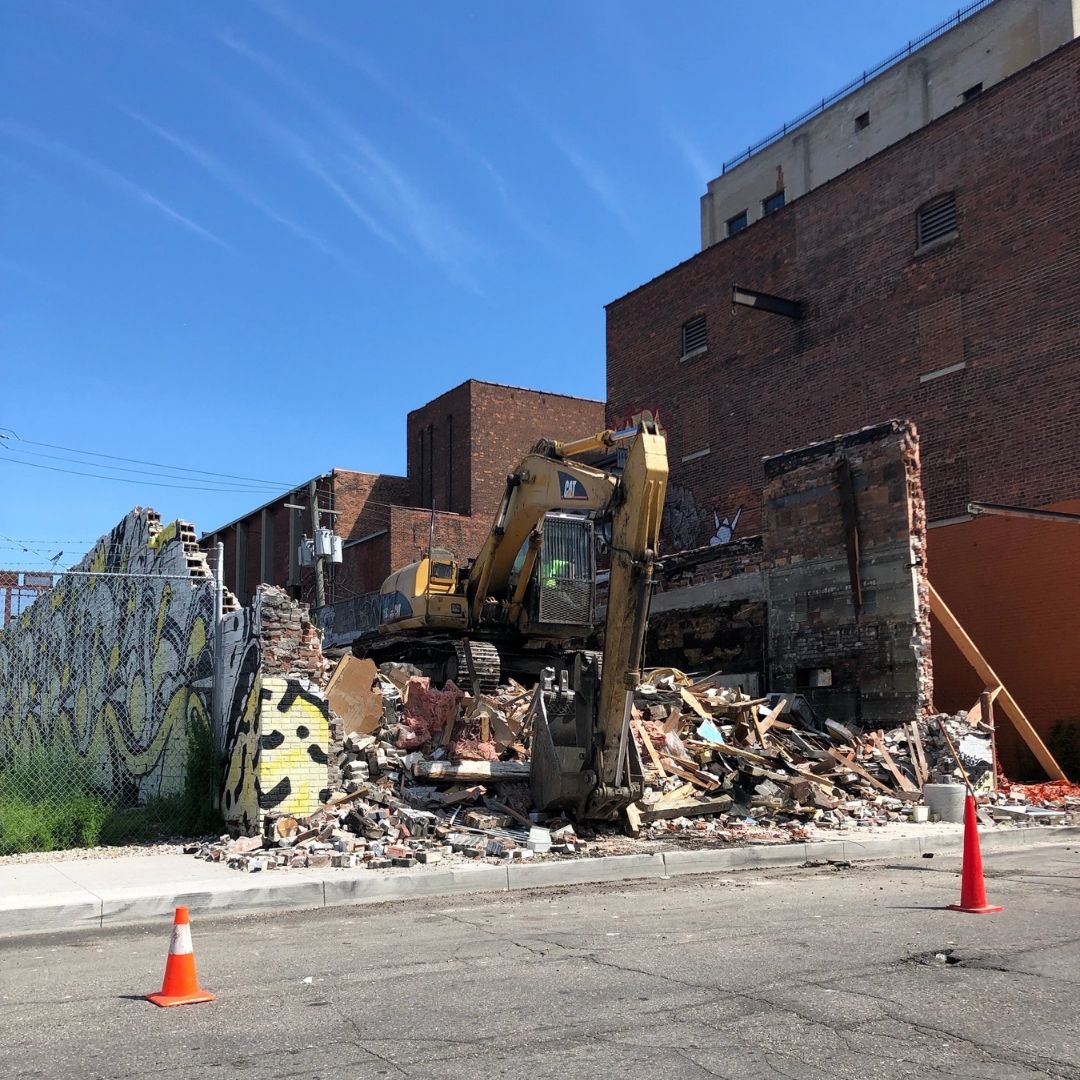 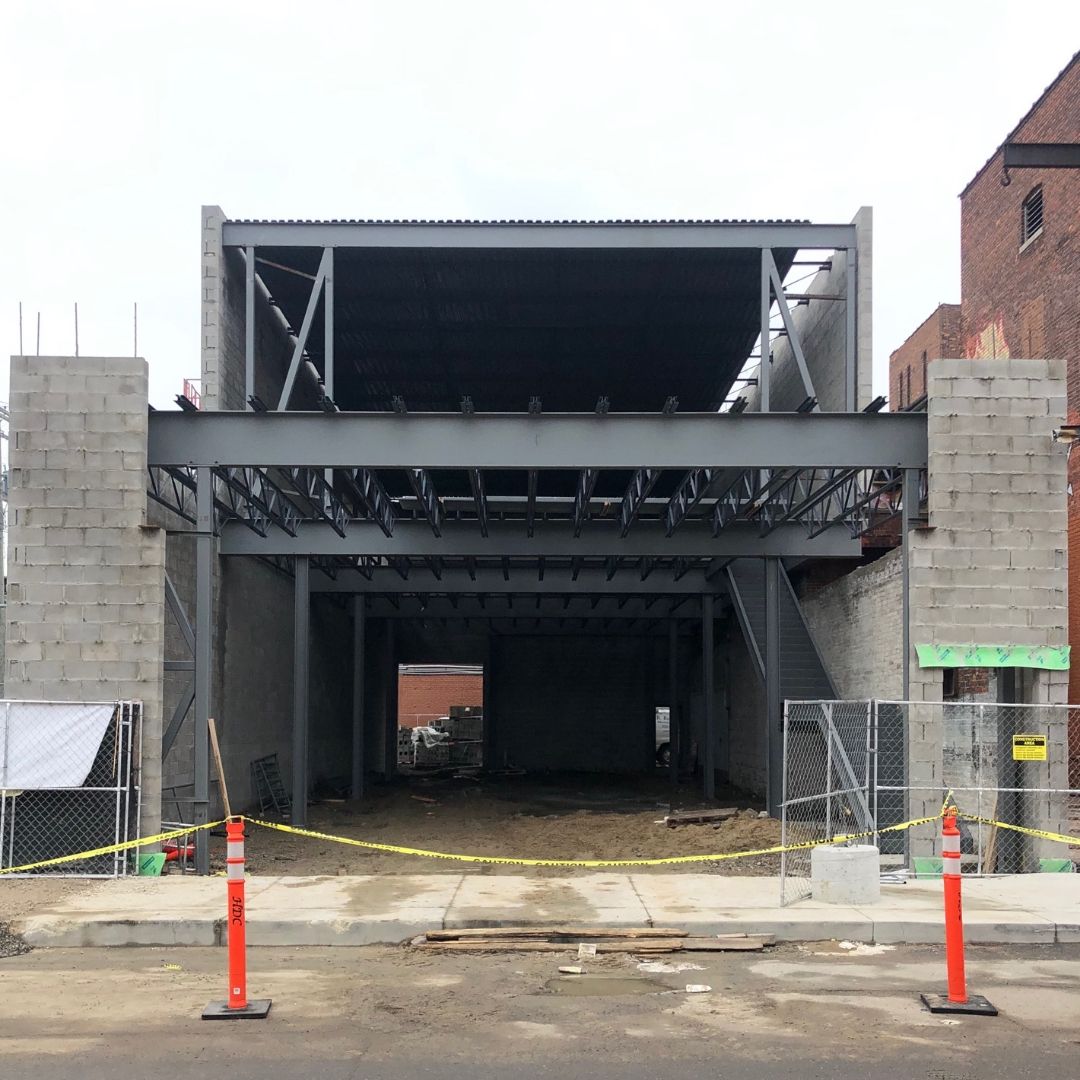 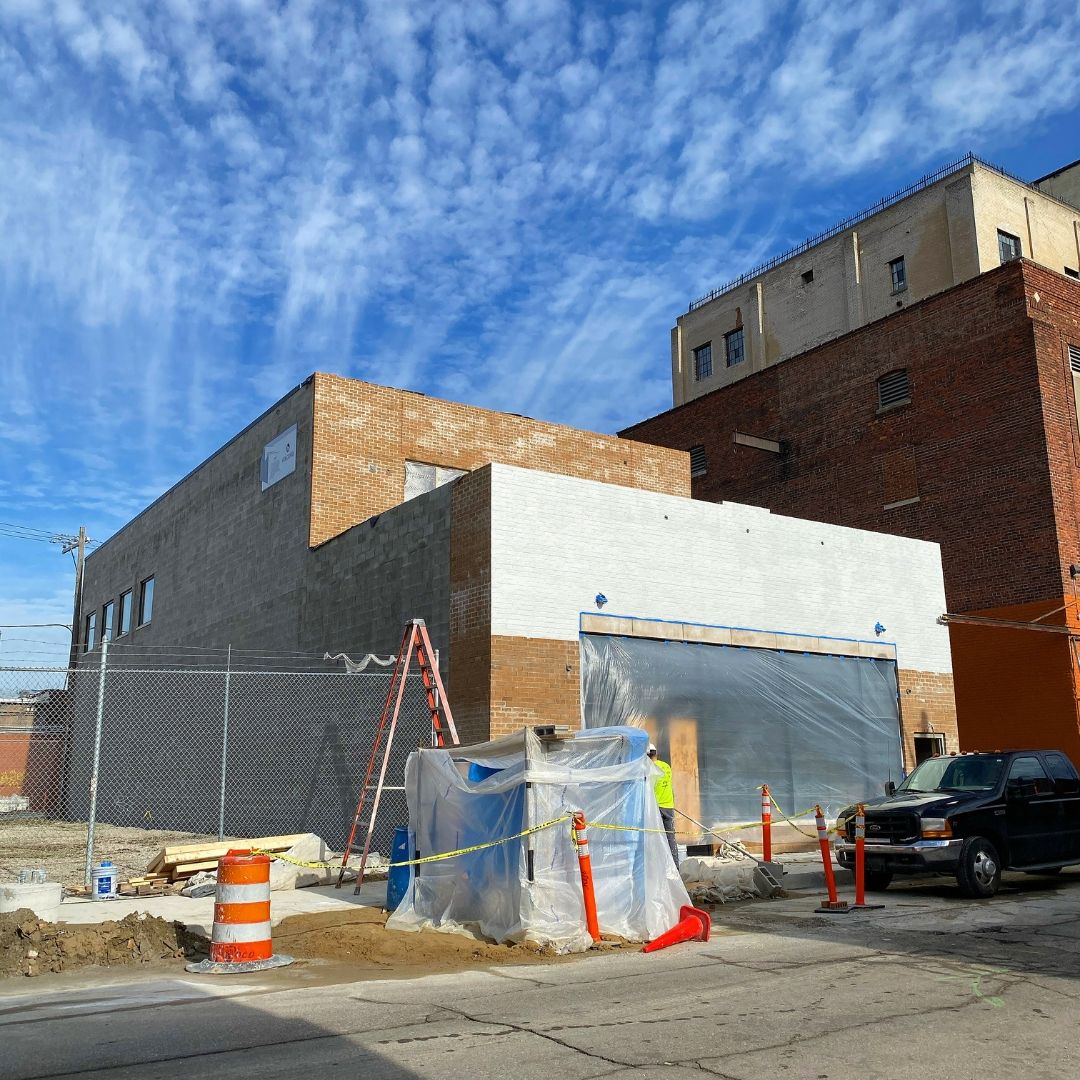 The building they purchased had previously been abandoned for some years, the walls were falling inward and the space was completely unusable. The couple spent the next year and a half completely gutting and renovationg the entire space. After all the renovations, Beas is a new building. Beatrice says, “we are going for the industrial chic look so it can lend itself to each business that will occupy space. We wanted an upscale neutral feel. We didn't want our branding to be overpowering.” 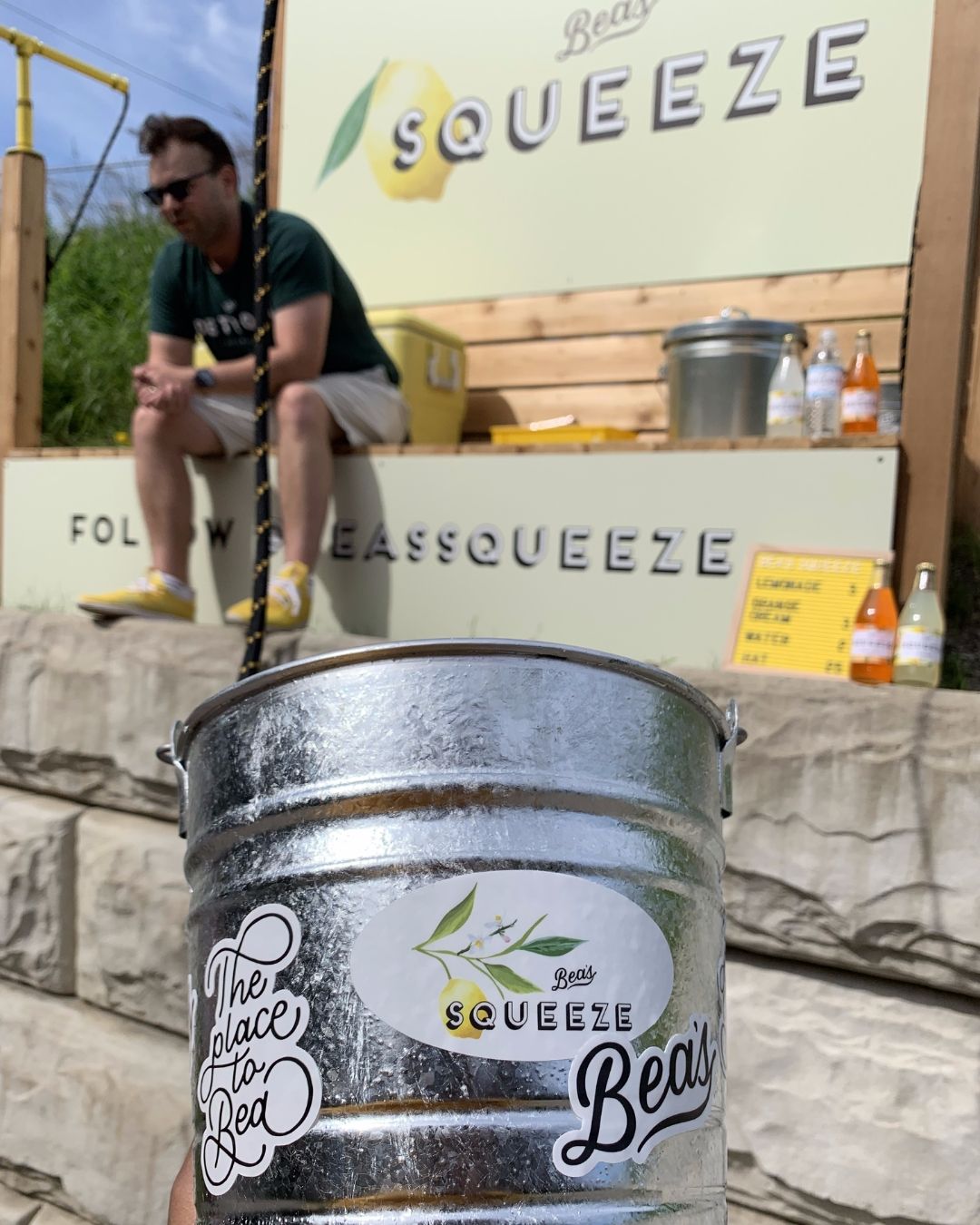 Last summer the Wolnermans opened Beas Squeeze - a lemonade stand along the Dequindre Cut, as a pop up marketing strategy for the co-working space. Although the lemonade stand started off as a marketing tool for Beas, Beatrice says, “the lemonade took off onto its own thing.”  The Wolermans lemonade is now sold in businesses throughout Metro Detroit and in 12 states around the country.

They chose the Eastern Market as their coworking home because, “we love the walkability and the neighbouring business.” Beatrice went on, “it's such a hard working neighborhood and we would like to continue on the path.”

The Wolermans will be managing the space and helping with the on-boarding of clients. The Beas coworking space will have monthly events for the members like workshops and seminars. The topics will cover how to get investors and how to get the exposure they need. Beas wants to act as a catalyst to help their member businesses grow. Beatrice says, “we are more than just a desk and chair. We have the resources and we can help you.”

This summer the lemonade stand will be back in the Dequindre cut. In partnership with the Eastern Market Beas will have a rotating booth in the market on Saturdays. They will have different members pop up and sell their merchandise in the market each week.