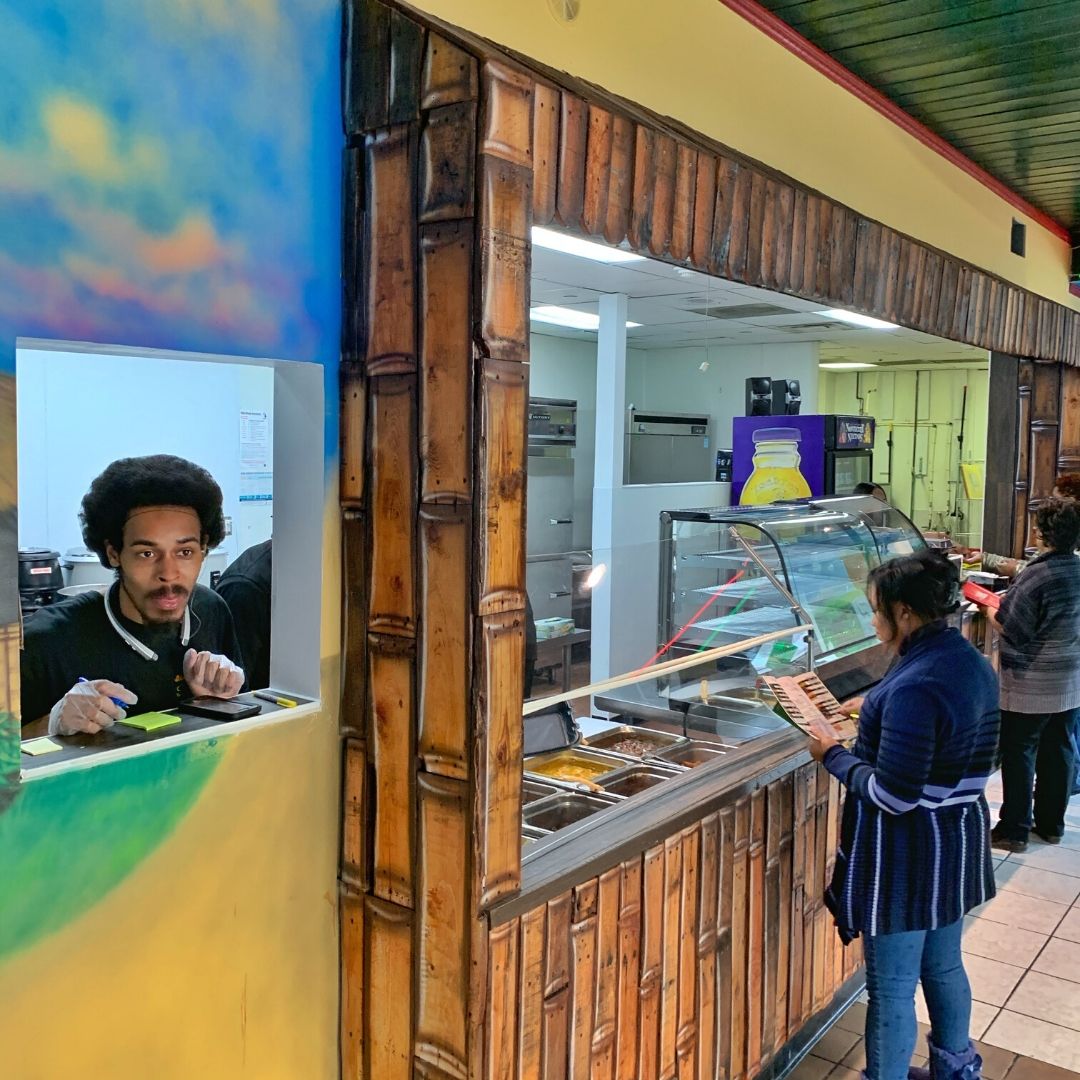 The Jamaican Pot is taking their classic Jamaican dishes like Jerk Chicken, Oxtail rice and cabbage, to a new location in New Center. Husband and Wife Bruce and Rose Forrest/Cunningham are ready to take the Jamaican Pot to the next level. 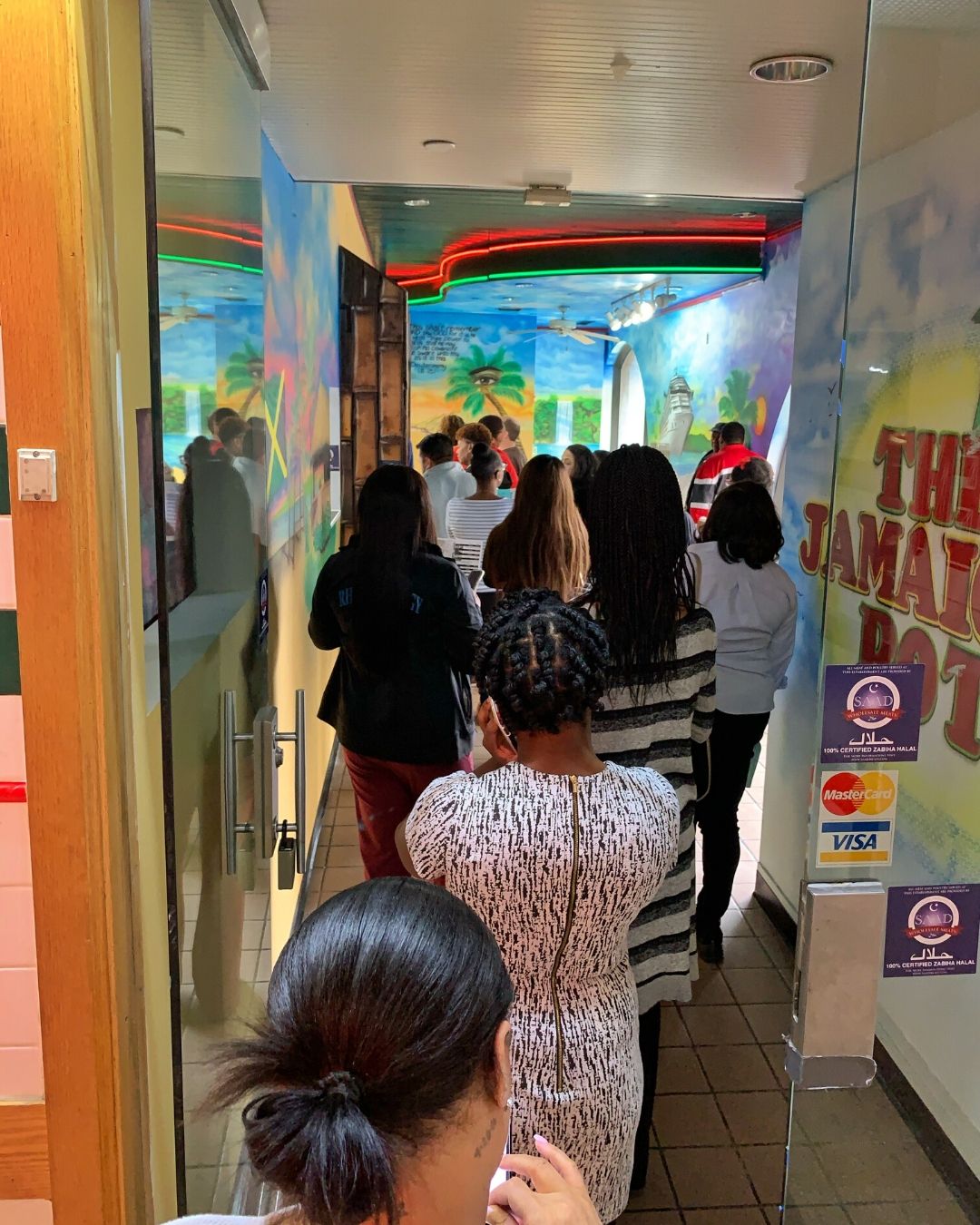 Designed by two artists, the couple wants customers to taste Jamaica, as well as see it. The new space is twice the size of the previous location. The Jamaican Pot will prepare the food in the open kitchen with a buffet style serving area for customers to choose from. Customer orders will mostly be take out with a few tables and chairs in the lobby for dining in. On the day of the opening the Jamaican Pot will have a hologram of the menu and an infinity mirror. There will also be a band playing live Jamaican music.

The Jamaican Pot started in Georgia at the Peachtree Mall. Bruce and Rose say they “weren't thinking about selling food.” Bruce had a video store at the time. One day while Bruce was eating his home made lunch prepared by Rose the mall manager walked by and said, “what is that can I taste?'' He tasted it and immediately followed up by saying, “wow, this is amazing. I have an empty spot in the food court, can you take it?” Bruce considered it but first had to call Rose to see if she would be interested.

After success at the Peachtree mall the couple decided to move to Detroit. When they got here they began doing caterings and pop ups out of the Culinary Studio kitchen off the Northwestern highway. Soon enough the Cunninghams outgrew that location. The couple bounced around Detroit a little more before Rose decided the first restaurant of their own was on the way. In 2014 she says, “I was praying. I said, Lord you see we have this good food and I'm asking if you can lead me to the restaurant now.” She says as soon as she opened her eyes she saw the for lease sign. 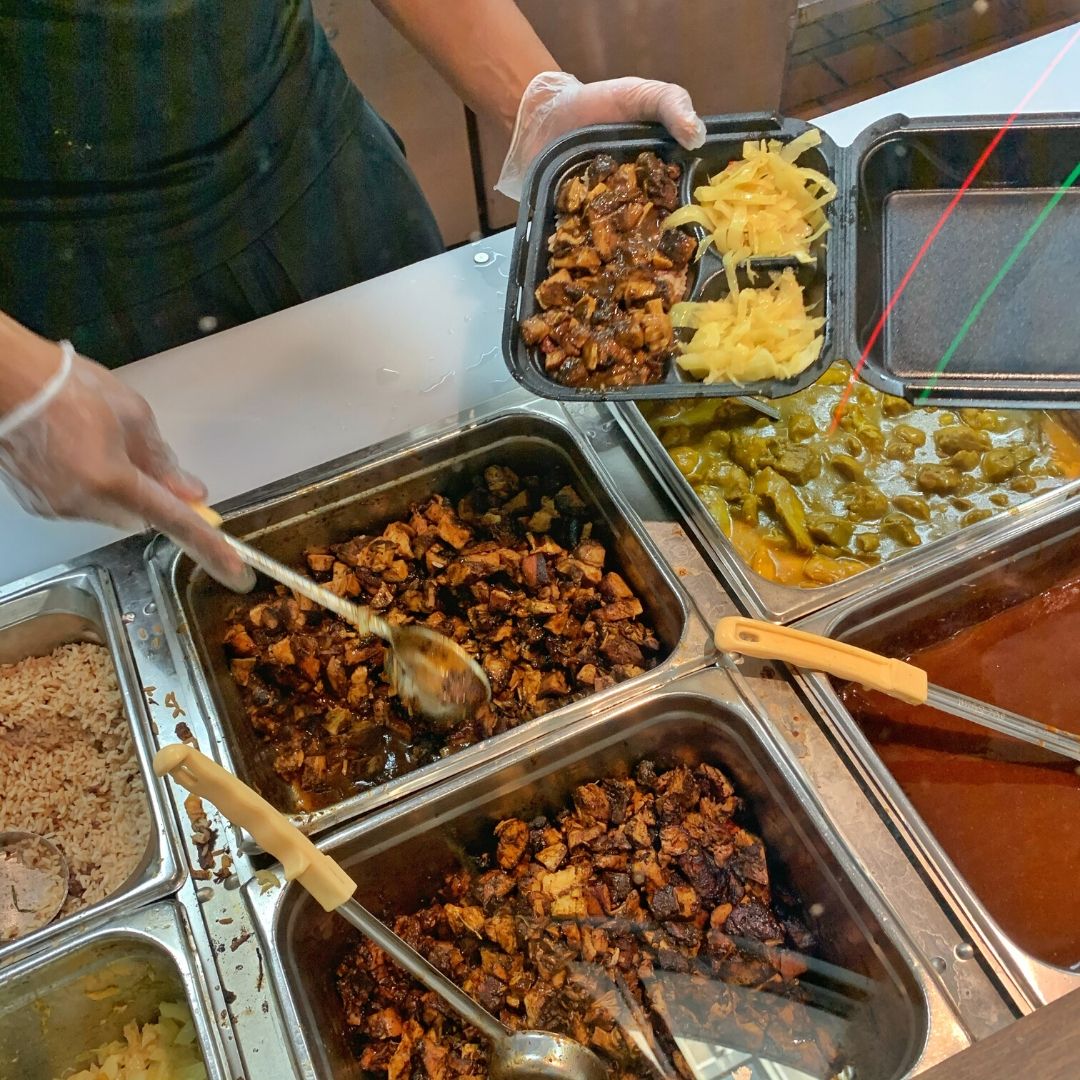 They called the number and Bruce and Rose opened their first restaurant on 8 mile and Hubble with $400. Rose says, “I watched my mom and grandmother turn hundreds of dollars into thousands in Jamaica. She would buy all that she needed for that day and sell out." After the success of the first location location and some time spent at the Cadillac building and the Fisher Building the Jamaican Pot was certified in Detroit. 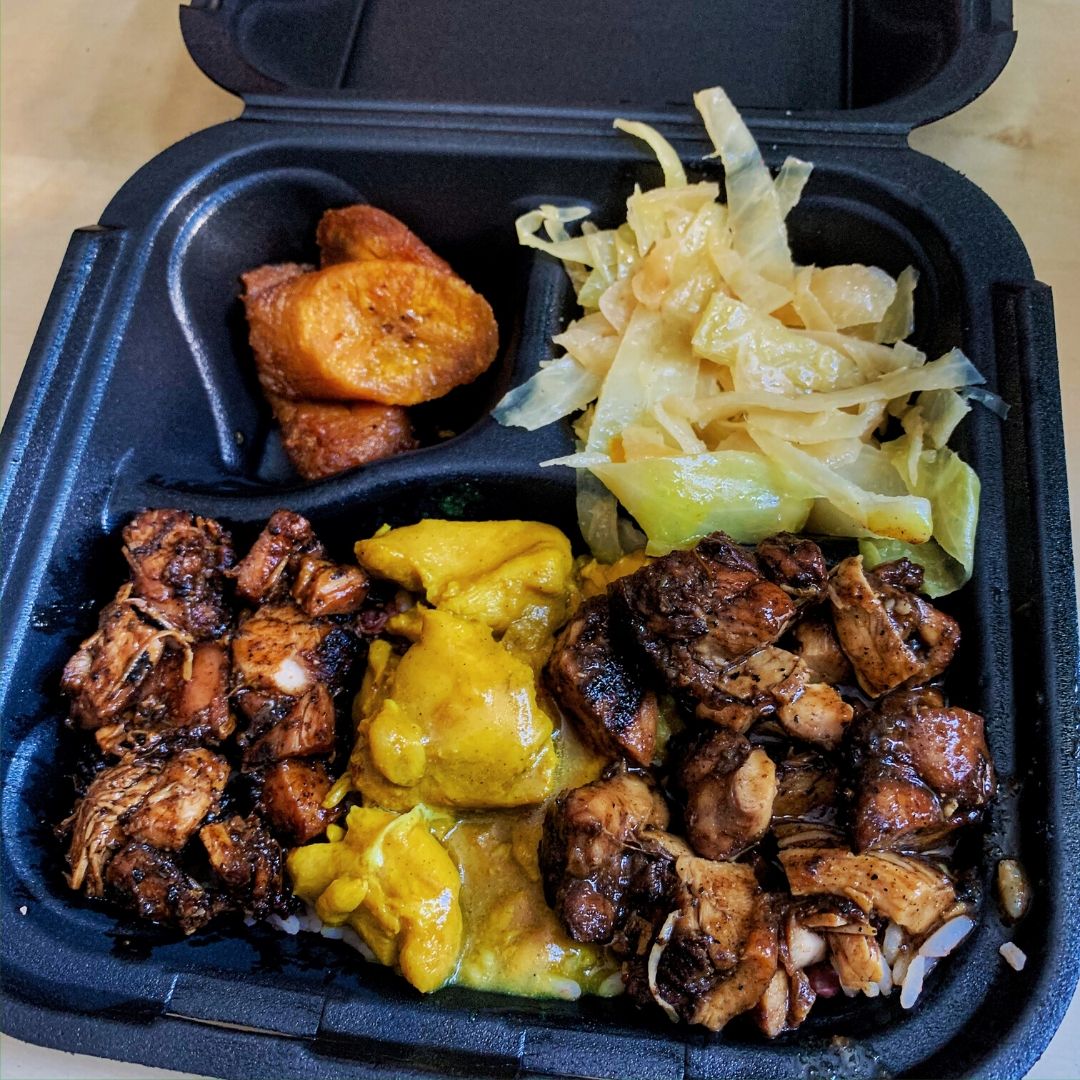 The menu is full of traditional Jamaican classics such as the perfectly golden Jamaican beef patties and Jerk Chicken. The Curry Goat is great for those looking for something other than the traditional classics. The Curry Goat, BBQ and Jerk chicken is seasoned with Rose’s secret family recipe. Each dish is served with a side of plantains, rice and cabbage. The dish is served in a small or large portion in a plastic to-go box. The meat used in all the dishes is certified halal.

For vegetarians or vegans the Jamaican pot serves the Vegan Jerk Burger. There's no soy or gmo or gluten and comes out of Canada. It bleeds beet juice. Bruce says, “it's better than the beyond and impossible burger.” They will also have Bob Marley soup and Jamaican soup.

In the future the Jamaican Pot plans to expand into Vegas and to create a foundation to better their community.